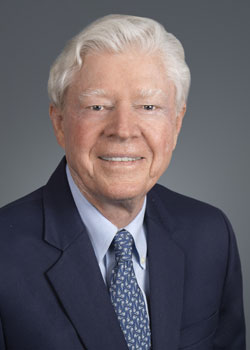 John Drew and the late John Mason founded the law firm of Mason & Drew in 1974. John Drew and John Mason had previously been partners in the law firm of Reid & Reige, P.C. in Hartford. John Mason was forced to retire from the practice in 1989 due to illness. Paul Mersereau joined John Drew in 1989 and the firm then became Drew & Mersereau, P.C. John practices in the areas of estate planning, trust administration, charitable giving, estate settlement and business planning (particularly as it pertains to succession of a family business). John has spoken on topics related to estate planning to various professional and community groups. John and his wife, Barbara, have lived in Avon for more than forty years and raised a family of three children, Chris, David and Katy.